While traveling the world experiencing new people and seeing new places, we also love to try the different cuisines and eat the local foods that each country or city is known for. We have found that the Bosnian food is delicious and at the same time, simple. Our travel also has its own unique problems when one is trying to adhere to a Ketogenic Diet. However, a Keto Diet is generally described as “the more ‘real’ the food, the better it is for you”. One good thing about being outside the United States, the food is generally more ‘real’ and less processed.

In Bosnia, there is an unlimited number of food choices for a foodie, there are cuisines that will cater to all tastes. Taking a trip to Sarajevo and Mostar, Bosnia, was a cultural eye-opener for us especially when it came to food. We had a taste of Bosnian food and although the culinary contents are some of the simplest ones, they make the most mouth-watering delicious meals. Its cuisine is a balance between Eastern and Western influences with close relations to the Mediterranean, Middle Eastern and Turkish cuisines.

Mostar City contains several enterprising restaurants that serve traditional Bosnian food such as cevapi. While in Mostar you will probably find yourself walking around the town quite a lot since it is small enough to pretty much see everything there is on foot. At some point, you will find yourself seeing the Stari Most, an ancient bridge over the river that was built in the 16th century. It was destroyed by hundreds of mortar shells during the Bosnian War. It has since been rebuilt using mostly the original stones retrieved from the river. You will find a nice old town area of shops and restaurants in this area that are the best in the city. The cost of Bosnian food is extremely cheap with a complete meal for two averaging around $12. Sarajevo, on the other hand, is a busy and a vibrant city which is also the capital of Bosnia. Its culinary delights include a unique blend of modern cosmopolitan foods and the old Ottoman culture. Both Sarajevo and Mostar serve the traditional Bosnian food which is often prepared with meats and vegetables. As with Mostar, the city has a very large and unique old town area where you will find the best foods. As we wondered in the alleys, streets, food stalls and restaurants of Sarajevo and Mostar cities during our month long trip, we pretty much sampled all of the various Bosnian foods. To be honest, not all their culinary delights were exactly Keto Friendly, but they were delicious.

Some of our Favorite Bosnian Foods We Tried During Our Trip

compliments of All Recipes
Cevapi is the most well-known Bosnian food that you can find in Sarajevo and Mostar. This popular dish contains minced meat whose ingredients are lamb, pork or beef with onion and somun (a flat white flour bread dish.) Cevapi is Bosnia’s national dish and it’s found in all restaurants as well as on the street eateries. The minced meat is usually converted into sausages. Cevapi is served as sausages placed inside a flatbread in addition to onions and a sauce. It’s very yummy and the sauce served with it contains sour cream or cottage cheese with toppings of fried onions. Each of our servings contained ten small sausages and one serving was enough for a full sumptuous meal.

compliments of Food.com
Burek is a cheap meaty Bosnian food that is made with a delicious filling. It’s one of the foods that we loved while we were in Sarajevo because it can be eaten at any time of the day. This type of pie is made using spiced minced meat and filo (phyllo) pastry. The pastry is first filled with minced meat and it’s then spirally rolled before the being cut into slices. Although the most common type of filling is the minced meat, after eating in various restaurants we discovered that it can be made with other fillings such as potatoes, cottage cheese, and spinach. Also, Bureks can’t be found in restaurants alone, walking along the Bosnian streets, you can buy large portions of Burek from most bakeries. What I loved about Burek is its rich flavor and the soft, crispy and chewy feeling. compliments of Natasha’s Kitchen
Baklava is an authentic Bosnian food that is a culinary specialty. The pastry based meal bears some resemblance to Burek. Taking a bite on the side of Baklava, I discovered that it’s made up of flaky layers of pastry with honey and chopped nuts in between. Although Baklava can be taken as a finisher to a heavy meaty meal, taking it alone as a treat is more delicious.

compliments of Sahan.com
Sarajevski Sahan, simply known as just Sahan, this traditional Bosnian meal contains meat and vegetables. Hollowed out vegetables are stuffed with meats and rice. We learned that there are different types of Sarajevski Sahan depending on where you order them from but all the different types are said to be tasty. Because Sahan contains vegetables, it’s very much healthier than most foods found in Mostar.

compliments of Mimi’s Recipes
Bamje is a traditional food that is local to the Balkan region. It’s a flavored Okra Stew that is made with vegetables. There is no one simple recipe for Bamje and it is therefore prepared differently depending on where you order it from. Bamje stew made with Okra includes vegetables and sometimes red meat.

compliments of The Mediterranean Vegan
Sataras is a delightful mouthwatering dish perfect for a vegetarian. It is often served as a side in restaurants found in Mostar and Sarajevo. Sataras is just a light combination of various vegetables that are cooked over low heat.

compliments of Global Foodies
Japrak, also known as Yaprak a Bosnian food, is a meal that contains grape leaves which are stuffed with pork/lamb meat and rice. The popular Bosnian meal is usually served with yogurt Pljeskavica. This popular Serbian Hamburger is a loved Bosnian food. The main dish consists of grilled spiced meat with a mixture of beef, pork, and lamb.

compliments of The Daily Meal
Pljeskavica is a tasty dish and as a main course, we served it with spicy cheese salad, relish, milk cream, and onions. Although Pljeskavica’s meat mixture is identical to what is used to make Cevapcici, our chef told us this dish’s little sausages are formed by hand and they are not stuffed into a case like Cevapci.

compliments of Baking With Sibella
Pileca Supa with Griz Dumplings Chicken Soup is one of the most loved cuisines in the world but nothing tastes better like the traditional Bosnian soup that we tasted in Sarajevo. Pileca Supa is a unique Bosnian meal that is considered as one of the best Bosnian foods. This tasty meal contains Griz dumplings which are normally added to a chicken broth that contains herbs, onion, celery, and Carrots. Pileca Supa is so natural and it’s very delicious it just melts in your mouth.

compliments of Genius Kitchen
Duvec can be made up of a variety of foods. There is no one single food that can be solely considered as the best Bosnian food. Duvec also was known as Djuvec is an oven-baked vegetable and meat stew and it’s very similar to ratatouille. While I ate Duvec that contained pork meat, zucchini and flavored with paprika, my friends ate Duvec with either lamb, fish, chicken, and beef and combined it with vegetables such as peppers, potatoes, peas, tomatoes, carrots, and vinegar.

These are just some of the many great foods you will find throughout Bosnia and Herzegovina. We had much much more while walking the streets and stopping in small food stalls. Bosnia does not have a ‘street food culture’ like many other countries around the world. You will find either medium to small restaurants and small food stops with 4 or 5 tables. The food is great and you can get the same great foods in the smaller establishments for much less than the restaurants.

Remember, in general, the more “real” the food, the better it is for you. Below, you’ll find a list of “NO, NO’s” that you should always be on the lookout for while traveling and eating local cuisines.

• SUGARS. It’s typically found in soda, juice, sports drinks, candy, chocolate, and ice cream. Anything that’s processed and sweet you can think of most likely contains sugar. Avoid sugar at all costs.

• STARCHES. Avoid vegetables like potatoes and yams and other things like oats, muesli, etc. Some root vegetables are okay in moderation.

• TRANS FATS. Margarine or any other spreadable replacement butter should be avoided as they contain hydrogenated fats (bad).

• FRUITS. Avoid apples, oranges, bananas (any large fruits) as they’re extremely high in sugar. Some berries can be consumed in moderation.

• LOW-FAT FOODS. These tend to be much higher in carbs and sugar than full-fat versions. Make sure you read the package to make sure you don’t make a mistake. 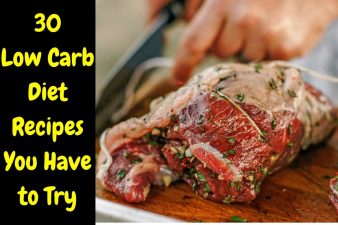